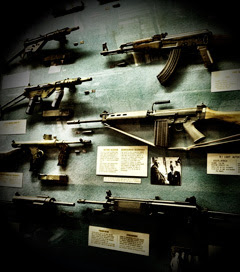 How do we measure violence?

The question has come up because of recent studies by Harvard psychologist Steven Pinker, featured on TED, among other venues, which seem to show that, contrary to common opinion, violence has been steadily decreasing by a number of measures for several millennia.

Some of these measures are, at first sight, impressive, like the decrease in genocides and combat deaths and, of course, this is something we would very much like to believe. The reality, however, is more complicated.

So, to our question: how do we measure violence? Professor Pinker cites the fact that combat deaths are decreasing over a relatively recent time period. There are several reasons not to take this statistic at face value. First, as others have pointed out, it ignores the phenomenon of structural violence: inequalities built into the social system that cause death as surely as bullets. Gandhi once said, "it little matters to me whether you shoot a man or starve him to death by inches." And as Johan Galtung, to whom we owe the term structural violence, has shown, this kind of violence is increasing severely (hence the rise of the 99 percent!).

But let's go further. In the American Civil War, eight out of ten wounded soldiers died of their wounds (and they were primarily soldiers; now, the main victims in war are increasingly civilians). Today, with far more sophisticated medical technologies, that figure is probably more like one or two out of ten. In other words, a decrease in combat deaths is not a decrease in violence, which has its primary dimension in the human heart. If I shoot a man with the intention to kill him, I do not suffer less violence in my heart when he happens not to die of his wounds. Indeed, this sanitization of violence has arguably enabled, rather than reduced violence.  And of that sanitization, there are now horrible examples in drone warfare and other technologies of remote killing that separate, or seem to separate, men and women from the effects and the meaning of their actions.

With regrets, we have to go further still. Look, for example, at a study done in the to sort out the effects of violent television that looked not at the number, but at the kind of violent incidents depicted. The researchers found that violence between persons who were closely related (and all domestic violence falls in this category) was more devastating to watch than violence among strangers. In other words, it is the depth of the human bond that's being rent asunder, not so much the frequency of the act, that scars. And it would be hard to deny that the kinds of violence people are doing to one another today were unthinkable early on in my own lifetime (i.e. during and after WWII). Not that horrors never occurred in the past, but they were virtually never made entertainment stuff by the mass media, whether disguised as "news" or in overt fiction and, therefore, they were both less acceptable and less frequent. It pains me to mention in this category - but to understand what's really going on we must - that torture was made acceptable to the American public right after 9/11, thus putting us squarely back in the camp of the Nazis whom people of my generation were taught to abhor. In a word, the true measure of violence is not deaths or anything we can easily measure: it is dehumanization.

Fortunately, human consciousness is not static. There are patterns of growing sensitivity clearly discernible in all human communities over the long span of time - growth in what we might call moral awareness, or the awareness of connectedness among fellow beings (and, ultimately, the planet that nurtures us). Slavery was accepted from the time of the ancient Greeks, at least; then, a group of Quakers stood up to it in and it suddenly was not acceptable. Its wrongness was exposed. Tragically, as Melissa Anderson-Hinn points out, today there are "approximately 27 million slaves, more than twice the number involved in the entire 350-year history of the trans-Atlantic slave trade."  As a practice, slavery has come back - a strong argument against Professor Pinker's general conclusion. But its public legitimacy has not come back: the recidivism is a local downturn going against the trend of evolution, an artifact caused by the degradation of the human image in our bizarre industrial culture.

Because of this trend toward greater awareness, an act of violence can actually be more violent than it was 100 years ago: its wrongness has become more evident - as says, once the law has been announced,  violations of it are more damaging. What else can account for the enormous rise of suicides among combat troops and veterans? Did not Richard Barnett say two decades ago that "perfected the art of war just when it was going out of style"? By "out of style" he did not mean that it was less frequently practiced, but that the practice of it was more spiritually, socially and physically damaging, that, as suggested above, it was more obviously contrary to the drive of human evolution.

But now let's turn the coin over. While violence has been increasing, by what I consider the more meaningful measures listed above, so has its opposite. Nonviolence has been increasing dramatically in the years since Gandhi and King, as anyone passing through in can testify. How do we measure nonviolence? Again, as Gandhi incessantly pointed out, very much by the methods of science - provided we stop confining "science," as we have done for a long time now, to the study of the outside world, to what can be objectively measured.

Posted by Max Obuszewski at 9:55 PM