Published on Monday, December 19, 2011 by CommonDreams.org

WASHINGTON - December 19 - The US government should transfer Central Intelligence Agency (CIA) command of aerial drone strikes to the armed forces and clarify its legal rationale for targeted killings, Human Rights Watch said today in a letter to President Barack Obama and in a questions and answers document. A dramatic increase in the use of CIA drone strikes underscores the need for the to demonstrate that the CIA adheres to international legal requirements for accountability, Human Rights Watch said.

“CIA drone strikes have become an almost daily occurrence around the world, but little is known about who is killed and under what circumstances,” said James Ross, legal and policy director at Human Rights Watch. “So long as the resists public accountability for CIA drone strikes, the agency should not be conducting targeted killings.” 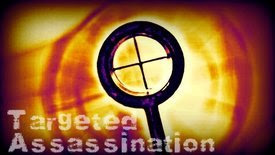 The lawfulness of a targeted killing hinges in part on the applicable international law, which is determined by the context in which the attack takes place, Human Rights Watch said. The laws of war permit attacks during situations of armed conflict only against valid military targets. Attacks causing disproportionate loss of civilian life or property are prohibited. During law enforcement situations, international human rights law permits the use of lethal force only when absolutely necessary to save human life. Individuals cannot be targeted with lethal force merely because of past unlawful behavior, but only for imminent or other grave threats to life when arrest is not reasonably possible.

The CIA’s increasing role in targeted killings using drones in and other countries with no transparency or demonstrated accountability raises grave concerns about the lawfulness of the attacks, Human Rights Watch said. While the laws of war do not prohibit intelligence agencies from participating in combat operations, states are obligated to investigate credible allegations of war crimes and provide redress for victims of unlawful attacks. The US government’s refusal to acknowledge the CIA’s role in targeted killings or to provide information on strikes where there have been credible allegations of laws-of-war violations leaves little basis for determining whether the US is meeting its international legal obligations.

“Unsupported claims by administration officials that all agencies involved in targeted killings are complying with international law are wholly inadequate,” Ross said. “By failing to adopt policies and practices that demonstrate compliance with international law, the raises doubts among its allies about the lawfulness of its actions and creates a dangerous model for abusive governments.”

Since the has not demonstrated a readiness to hold the CIA to international legal requirements, the use of drones for attacks should be exclusively within the command responsibility of the armed forces, Human Rights Watch said. The military has more transparent procedures for investigating possible wrongdoing, although it too needs to make clear that it is conducting attacks in accordance with international legal requirements.

Ending the CIA’s command of targeted killing operations would be consistent with the recommendations of the independent 9/11 Commission, which in 2004 specifically urged that “[l]ead responsibility for directing and executing paramilitary operations, whether clandestine or covert, should shift to the Defense Department.”  In November, former director of national intelligence Dennis Blair called for military control over the armed drone program, noting that the armed forces have an open set of procedures, while CIA operations require secrecy, which is not sustainable over the long term: “If something has been going for a long period of time, somebody else ought to do it, not intelligence agencies."

Human Rights Watch also called upon the government to clarify fully and publicly its legal rationale for conducting targeted killings and the legal limits on such strikes. The should explain why it believes that specific attacks are in conformity with international law and make information public, including video footage, on how particular attacks comply with those standards. To ensure compliance with international law, the should conduct investigations of all targeted killings where there is credible evidence of wrongdoing, provide compensation to all victims of unlawful strikes, and discipline or prosecute as appropriate those responsible for conducting or ordering illegal attacks.

The Obama administration, through public statements by senior officials, has provided an outline of its legal justification for using force against al Qaeda and associated organizations.  However, the administration has yet to clearly explain where it draws the line between lawful and unlawful targeted killings, Human Rights Watch said.

In asserting that targeted attacks on alleged anti-US militants anywhere in the world are lawful, the undermines the international rules it helped craft over the past half-century. This sets a dangerous precedent for abusive regimes around the globe to conduct drone attacks or other strikes against anyone labeled a terrorist or militant, and undercuts the ability of the to criticize such attacks.

About 40 other countries currently possess basic drone technology, and the number is expected to expand significantly in coming years. These drones are primarily used for surveillance. , , , , , , , , , and the either have or are currently seeking drones with attack capability.