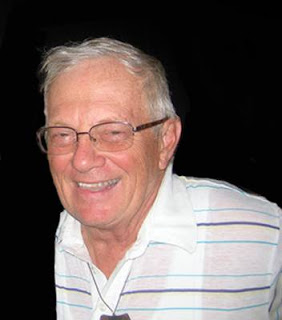 --Despite rumors that Franciscan Fr. Jerry Zawada would be excommunicated and expelled from his order for his participation in a liturgy led by a female priest, Zawada and the leadership of his order say that has yet to be discussed.

Zawada participated in the Nov. 19 liturgy while attending the of in

Fr. John Puodziunas, provincial minister of the Franciscan Friars of the , told NCR that he has not received any contact from the on the matter.

"There have been no official contacts from anyone," Puodziunas said.

As of Wednesday afternoon, Zawada and his lawyer also said no contact had been made.

Zawada, a well-known peace activist, told NCR he met with Puodziunas on Nov. 29 at the Franciscan friary in , and said some of the discussion focused on the liturgy held during the SOA Watch weekend.

"[Puodziunas] was reassuring me in many ways," Zawada said. "He was not harsh, he was not antagonistic in any way. He's been very respectful, very kind and very understanding."

Zawada joined Janice Sevre-Duszynska, who was ordained as a priest in 2008 in the Association of Roman Catholic Women Priests, in leading a liturgical service for more than 300 people at the annual SOA Watch in , , north of .

Zawada said he has pondered the issue of women's ordination for "quite a long time," adding that there's "something unjust" with the current structure.

"Our structure needs reshaping," he added.

For him, the opportunity to follow his conscience and to join others to "support the movement" toward female ordination presented itself in the liturgy at SOA Watch.

"[It's what] the Holy Spirit is calling us to do," Zawada said.

Previous cases involving support of women priests have resulted in latae sententiae, or automatic excommunication. Attempted ordination of a woman was added to the 's list of "grave crimes" in 2010.

Quigley, a law professor at Loyola University New Orleans, said Zawada and others in the church are entitled to due process and a right to a hearing. Quigley said Zawada did not want an adversarial situation, but did want a transparent process.

When asked about a possibility of excommunication, Zawada said the thought was "hurtful on some levels" but told NCR he does not plan to challenge any disciplinary action.

"Whatever consequences come for me, I'm willing to accept," he said, adding he has no intention to retract his opinion and has "no intention of leaving the Catholic church."

Zawada has been involved in a variety of social justice causes. He has been arrested several times for trespassing at previous SOA Watch protests as well as for trespassing while protesting the construction of a nuclear weapons facility in , in 2010.

In 2009, he was a member of the "Creech 14" [6] who peacefully protested the military's use of automated attack drones, leading to his arrest at Creech Air Force Base near . In July of that year, U.S. Fish and Wildlife officers charged Zawada and others for littering after they allegedly left gallon jugs of water along trails [7] for passing migrants.

Recent years have seen the church take action against several church figures who supported women's ordination. In May, the pope removed Bishop William M. Morris of for a 2006 pastoral letter indicating his openness to ordaining women as well as married men.

Fr. Roy Bourgeois continues to fight to remain a member of the Maryknoll Fathers and Brothers after his 2008 participation in Sevre-Duszynska's ordination. Bourgeois is a friend of Zawada's.

"I think what [] did was courageous and admire him to this day," Zawada said.

Zawada said he hopes to return to his home in , where he and two fellow friars aid migrant workers, on Dec. 10. It is possible he will meet with Bishop Gerald Kicanas of upon his return.

Zawada said he will not fight any prospective charges and said he plans to continue working for those in need of help.

"I believe in the struggle for truth and for justice for people," he said. "I want healing. I want hope. I want compassion."

Posted by Max Obuszewski at 8:55 AM