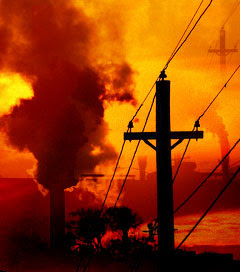 A task of the United Nations Framework Convention on Climate Change, now under way in , is to extend earlier policy decisions that were limited in scope and only partially implemented.

These decisions trace back to the U.N. Convention of 1992 and the Kyoto Protocol of 1997, which the refused to join. The Kyoto Protocol’s first commitment period ends in 2012. A fairly general pre-conference mood was captured by a New York Times headline: “Urgent Issues but Low Expectations.”

As the delegates meet in , a report on newly updated digests of polls by the Council on Foreign Relations and the Program on International Policy Attitudes reveals that “publics around the world and in the say their government should give global warming a higher priority and strongly support multilateral action to address it.”

Most citizens agree, though PIPA clarifies that the percentage “has been declining over the last few years, so that American concern is significantly lower than the global average – 70 percent as compared to 84 percent.”

“Americans do not perceive that there is a scientific consensus on the need for urgent action on climate change â(euro) [ A large majority think that they will be personally affected by climate change eventually, but only a minority thinks that they are being affected now, contrary to views in most other countries. Americans tend to underestimate the level of concern among other Americans.”

These attitudes aren’t accidental. In 2009 the energy industries, backed by business lobbies, launched major campaigns that cast doubt on the near-unanimous consensus of scientists on the severity of the threat of human-induced global warming.

The consensus is only “near-unanimous” because it doesn’t include the many experts who feel that climate-change warnings don’t go far enough, and the marginal group that deny the threat’s validity altogether.

The standard “he says/she says” coverage of the issue keeps to what is called “balance”: the overwhelming majority of scientists on one side, the denialists on the other. The scientists who issue the more dire warnings are largely ignored.

One effect is that scarcely one-third of the population believes that there is a scientific consensus on the threat of global warming – far less than the global average, and radically inconsistent with the facts.

It’s no secret that the government is lagging on climate issues. “Publics around the world in recent years have largely disapproved of how the is handling the problem of climate change,” according to PIPA. “In general, the has been most widely seen as the country having the most negative effect on the world’s environment, followed by . has received the best ratings.”

To gain perspective on what’s happening in the world, it’s sometimes useful to adopt the stance of intelligent extraterrestrial observers viewing the strange doings on Earth. They would be watching in wonder as the richest and most powerful country in world history now leads the lemmings cheerfully off the cliff.

Last month, the International Energy Agency, which was formed on the initiative of U.S. Secretary of State Henry Kissinger in 1974, issued its latest report on rapidly increasing carbon emissions from fossil fuel use.

The IEA estimated that if the world continues on its present course, the “carbon budget” will be exhausted by 2017. The budget is the quantity of emissions that can keep global warming at the 2 degrees Celsius level considered the limit of safety.

IEA chief economist Fatih Birol said, “The door is closing â(euro) [ if we don’t change direction now on how we use energy, we will end up beyond what scientists tell us is the minimum (for safety). The door will be closed forever.”

Also last month, the U.S. Department of Energy reported the emissions figures for 2010. Emissions “jumped by the biggest amount on record,” The Associated Press reported, meaning that “levels of greenhouse gases are higher than the worst-case scenario” anticipated by the International Panel on Climate Change in 2007.

John Reilly, co-director of the Massachusetts Institute of Technology’s program on climate change, told the AP that scientists have generally found the IPCC predictions to be too conservative – unlike the fringe of denialists who gain public attention. Reilly reported that the IPCC’s worst-case scenario was about in the middle of the MIT scientists’ estimates of likely outcomes.

As these ominous reports were released, the Financial Times devoted a full page to the optimistic expectations that the might become energy-independent for a century with new technology for extracting North American fossil fuels.

Though projections are uncertain, the Financial Times reports, the might “leapfrog and to become the world’s largest producer of liquid hydrocarbons, counting both crude oil and lighter natural gas liquids.”

In this happy event, the could expect to retain its global hegemony. Beyond some remarks about local ecological impact, the Financial Times said nothing about what kind of a world would emerge from these exciting prospects. Energy is to burn; the global environment be damned.

Just about every government is taking at least halting steps to do something about the likely impending catastrophe. The is leading the way – backward. The Republican-dominated U.S. House of Representatives is now dismantling environmental measures introduced by Richard Nixon, in many respects the last liberal president.

This reactionary behavior is one of many indications of the crisis of democracy in the past generation. The gap between public opinion and public policy has grown to a chasm on central issues of current policy debate such as the deficit and jobs. However, thanks to the propaganda offensive, the gap is less than what it should be on the most serious issue on the international agenda today – arguably in history.

The hypothetical extraterrestrial observers can be pardoned if they conclude that we seem to be infected by some kind of lethal insanity.