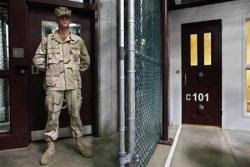 People familiar with the inquiry said committee investigators, who have been poring over records from the administration of President George W. Bush, believe they do not substantiate claims by some Bush supporters that the harsh interrogations led to counter-terrorism coups.

The backers of such techniques, which include "water-boarding," sleep deprivation and other practices critics call torture, maintain they have led to the disruption of major terror plots and the capture of al Qaeda leaders.

One official said investigators found "no evidence" such enhanced interrogations played "any significant role" in the years-long intelligence operations which led to the discovery and killing of Osama bin Laden last May by Navy SEALs.

President Barack Obama and his aides have largely sought to avoid revisiting Bush administration controversies. But the debate over the effectiveness of enhanced interrogations, which human rights advocates condemn as torture, is resurfacing, in part thanks to a new book by a former top CIA official.

In the book, "Hard Measures," due to be published on Monday, April 30, the former chief of CIA clandestine operations Jose Rodriguez defends the use of interrogation practices including water-boarding, which involves pouring water on a subject's face, which is covered with a cloth, to simulate drowning.

"We made some al-Qaeda terrorists with American blood on their hands uncomfortable for a few days," Rodriguez says in an interview with CBS News' "60 Minutes" that will air on Sunday, April 29. "I am very secure in what we did and am very confident that what we did saved American lives."

For nearly three years, the Senate intelligence committee's majority Democrats have been conducting what is described as the first systematic investigation of the effectiveness of such extreme interrogation techniques.

The CIA gave the committee access to millions of pages of written records charting daily operations of the interrogation program, including graphic descriptions of how and when controversial techniques were employed.

Sources agreed to discuss the matter on condition of anonymity because the report has not been finalized.

The committee members' objective is to conduct a methodical assessment of whether enhanced interrogation techniques led to genuine intelligence breakthroughs or whether they produced more false leads than good ones.

U.S. intelligence officials have acknowledged that while the harshest elements of the interrogation program, including water-boarding and other tactics which cause severe physical stress, were in use, the CIA never carried out a scientific assessment of the program's effectiveness.

The Bush Administration only used water-boarding on three captured suspects. One of them was Khalid Sheikh Mohammed, the mastermind of the September 11, 2001 attacks.

The CIA started backing away from such techniques in 2004. Obama banned them shortly after taking office.

One source cautioned there could still be lengthy delays before any information or conclusions from the Senate committee's report are made public.

One reason the inquiry has taken so long is that in 2009, committee Republicans withdrew their participation, saying the panel would be unable to interview witnesses to ensure documentary material was reported in appropriate context due to ongoing criminal investigations.

People familiar with the inquiry said it consisted of as much as 2,000 pages in narrative accounts of how the CIA interrogation program worked, including specific case histories in which enhanced interrogation tactics were used.

The Intelligence committee has not issued any official statements about what its inquiry has found or when it expects to wrap up. But committee chair Sen. Dianne Feinstein has made relatively strong statements about the lack of evidence that enhanced interrogations played any material role in generating information leading to bin Laden's killing.

Only days after the commando raid in which bin Laden was killed, Feinstein told journalists: "I happen to know a good deal about how those interrogations were conducted, and, in my view, nothing justifies the kind of procedures that were used."

Current and former U.S. officials have said one key source for information about the existence of the al Qaeda "courier" who ultimately led U.S. intelligence to bin Laden was Khalid Sheikh Mohammed.

KSM, as he was known to U.S. officials, was subjected to water-boarding 183 times, the government has acknowledged.

Officials said, however, that it was not until sometime after he was water-boarded that KSM told interrogators about the courier's existence. Therefore a direct link between the physically coercive techniques and critical information is unproven, Bush administration critics say.

Supporters of the CIA program, including former Vice President Dick Cheney, have portrayed it as a necessary, if distasteful, step that may have stopped extremist plots and saved lives.

The purpose of using physically coercive methods was not directly to extract information about imminent plots but rather to put suspects in a frame of mind to cooperate with interrogators during future questioning, they say.

Some counter-terrorism officials have acknowledged that in the years after the September 11 attacks, agencies were overwhelmed with bogus tips about possible plots and attacks.

Posted by Max Obuszewski at 7:57 AM