A French court Monday found agriculture giant Monsanto legally responsible for the poisoning of a farmer with one of its herbicides in 2004. 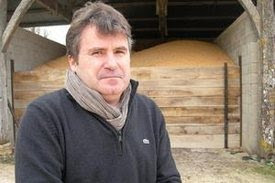 Paul François, a cereal farmer in the southwestern department of Charente "Monsanto is responsible for Paul Francois' suffering after he inhaled the Lasso product... and must entirely compensate him," said the judgement from the court in the southeastern city of .

In 2004, Paul François, a cereal farmer in the southwestern department of , opened the tank of his pulveriser machine. He inhaled fumes of Lasso, a weedkiller manufactured by Monsanto, and fainted.

He was taken to hospital and stopped work for almost a year, reports radio station Info. He suffers from memory loss and often feels faint.

A French court on Monday declared biotech giant Monsanto guilty of chemical poisoning of a French farmer, a judgment that could lend weight to other health claims against pesticides. 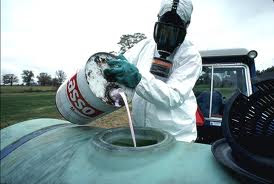 He blames the agri-business giant for not providing adequate warnings on the product label.

The ruling was given by a court in Lyon, southeast , which ordered an expert opinion of Francois's losses to establish the sum of damages. [...]

"I am alive today, but part of the farming population is going to be sacrificed and is going to die because of this," Francois, 47, told Reuters.

"I am alive today, but part of the farming population is going to be sacrificed and is going to die because of this"He and other farmers suffering from illness set up an association last year to make a case that their health problems should be linked to their use of crop protection products.

The agricultural branch of the French social security system says that since 1996, it has gathered farmers' reports of sickness potentially related to pesticides, with about 200 alerts a year.