Published on Friday, September 23, 2011 by The Independent/UK

Today should be Mahmoud Abbas's finest hour. Even The New York Times has discovered that "a grey man of grey suits and sensible shoes, may be slowly emerging from his shadow". 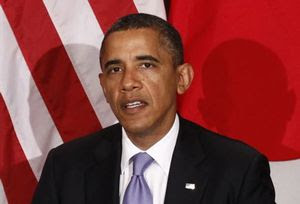 Barack Obama made the 'preposterous' suggestion that Palestinians and Israelis were 'equal' parties to the conflict. (Reuters)

But this is nonsense. The colourless leader of the Palestinian Authority, who wrote a 600-page book on his people's conflict with without once mentioning the word "occupation", should have no trouble this evening in besting Barack Hussein Obama's pathetic, humiliating UN speech on Wednesday in which he handed policy in the Middle East over to 's gimmick government.

For the American President who called for an end to the Israeli occupation of Arab lands, an end to the theft of Arab land in the – Israeli "settlements" is what he used to call it – and a Palestinian state by 2011, Obama's performance was pathetic.

As usual, Hanan Ashrawi, the only eloquent Palestinian voice in this week, got it right. "I couldn't believe what I heard," she told Haaretz, that finest of Israeli newspapers. "It sounded as though the Palestinians were the ones occupying . There wasn't one word of empathy for the Palestinians. He spoke only of the Israelis' troubles..." Too true. And as usual, the sanest Israeli journalists, in their outspoken condemnation of Obama, proved that the princes of American journalists were cowards. "The limp, unimaginative speech that US President Barack Obama delivered at the United Nations... reflects how helpless the American President is in the face of Middle East realities," Yael Sternhell wrote.

And as the days go by, and we discover whether the Palestinians respond to Obama's grovelling performance with a third intifada or with a shrug of weary recognition that this is how things always were, the facts will continue to prove that the US administration remains a tool of Israel when it comes to Israel's refusal to give the Palestinians a state.

How come, let's ask, that the ambassador to , Dan Shapiro, flew from Tel Aviv to for the statehood debate on Israeli Prime Minister Netanyahu's own aircraft? How come Netanyahu was too busy chatting to the Colombian President to listen to Obama's speech? He only glanced through the Palestinian bit of the text when he was live-time, face to face with the American President. This wasn't "chutzpah". This was insult, pure and simple.

And Obama deserved it. After praising the Arab Spring/Summer/ Autumn, whatever – yet again running through the individual acts of courage of Arab Tunisians and Egyptians as if he had been behind the Arab Awakening all along, the man dared to give the Palestinians 10 minutes of his time, slapping them in the face for daring to demand statehood from the UN. Obama even – and this was the funniest part of his preposterous address to the UN – suggested that the Palestinians and Israelis were two equal "parties" to the conflict.

A Martian listening to this speech would think, as Ms Ashrawi suggested, that the Palestinians were occupying rather than the other way round. No mention of Israeli occupation, no mention of refugees, or the right of return or of the theft of Arab Palestinian land by the Israeli government against all international law. But plenty of laments for the besieged people of Israel, rockets fired at their houses, suicide bombs – Palestinian sins, of course, but no reference to the carnage of Gaza, the massive death toll of Palestinians – and even the historical persecution of the Jewish people and the Holocaust.

That persecution is a fact of history. So is the evil of the Holocaust. But THE PALESTINIANS DID NOT COMMIT THESE ACTS. It was the Europeans – whose help in denying Palestinian statehood Obama is now seeking – who committed this crime of crimes. So we were then back to the "equal parties", as if the Israeli occupiers and the occupied Palestinians were on a level playing ground.

Madeleine Albright used to adopt this awful lie. "It's up to the parties themselves," she would say, washing her hands, Pilate-like, of the whole business the moment threatened to call out its supporters in . Heaven knows if Mahmoud Abbas can produce a 1940 speech at the UN today. But at least we all know who the appeaser is.

Robert Fisk is correspondent for The Independent newspaper.  He is the author of many books on the region, including The Great War for Civilisation: The Conquest of the Middle East.