What if Kobe Bryant Were an Imprisoned Palestinian Soccer Player?

What if Bryant Were an Imprisoned Palestinian Soccer Player? 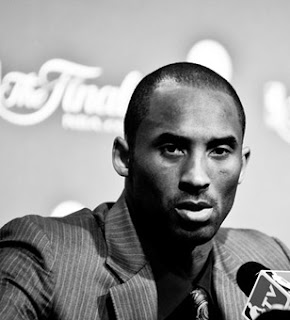 Imagine if a member of Team USA Basketball—let’s say Kobe Bryant—had been traveling to an international tournament only to be seized by a foreign government and held in prison for three years without trial or even hearing the charges for which he was imprisoned. Imagine if was allowed no visitation from family or friends. Imagine if he was left no recourse but to effectively end any future prospects as a player by terminating his own physical health by going on a hunger strike. Chances are we’d notice, yes? Chances are the story would lead SportsCenter and make newspaper covers across the world. Chances are all the powerful international sports organizations—the IOC, FIFA—would treat the jailing nation as a pariah until was free. And chances are that even Laker-haters would wear buttons that read, “Free Kobe.”

This is what has happened to Palestinian national soccer team member Mahmoud Sarsak. Sarsak, who hails from Rafah in the Gaza Strip, was seized at a checkpoint on his way to a national team contest in the . This was July 2009. Since that date, the 25-year-old has been held without trial and without charges. His family and friends haven’t been permitted to see him. In the eyes of the Israeli government, Sarsak can be imprisoned indefinitely because they deem him to be an “illegal combatant” although no one—neither family, nor friends, nor coaches—has the foggiest idea why. Now Sarsak is one of more than 1,500 Palestinian prisoners on a hunger strike to protest their conditions and lack of civil liberties. As the New York Times wrote last week, “The newest heroes of the Palestinian cause are not burly young men hurling stones or wielding automatic weapons. They are gaunt adults, wrists in chains, starving themselves inside Israeli prisons.”

But no organization has claimed Sarsak as a member or issued fiery calls for his freedom. All we have is a family and a team that are both bewildered and devastated by his indefinite detention. His brother Iman said, “My family never imagined that Mahmoud would have been imprisoned by . Why, really why?”

His family doesn’t understand how someone, whose obsession was soccer, not politics, could be targeted and held in such a manner. But in today’s Israel/Palestine, soccer is politics. Sarsak is only the latest Palestinian player to be singled out for harassment or even death by the Israeli government. In 2009, three national team players, Ayman Alkurd, Shadi Sbakhe and Wajeh Moshtahe, were killed during the bombing of . The National Stadium as well as the offices of the Palestinian Football Association were also targeted and destroyed in the bombing. In addition, their goalie, Omar Abu Rwayyis, was arrested by Israeli police in 2012 on “terrorism charges.” If you degrade the national team, you degrade the idea that there could ever be a nation.

More than police violence is a part of this process of athletic degradation. Currently the Palestinian soccer team is ranked 164th in the world and they’ve have never been higher than 115th. As one sports writer put it delicately, “Given the passion for football that burns among Palestinians, such lowly status hints at problems on the ground.”

These problems on the ground include curfews and checkpoints in the West Bank and that often mean the forfeiting of matches. If Palestinians living in ’s borders want to play for the team, they have to give up any benefits of Israeli citizenship. The end result is that the Palestinian national team becomes dependent on the Diaspora, relying heavily on Palestinians who have lived for two and three generations in South America and . This is why many of the key players on ’s national team are named Roberto or Pablo.

In 2010, Michel Platini, president of European football’s ruling body— plays in the European qualifiers—threatened with expulsion from FIFA if it continues to undermine football in . Platini said, “ must choose between allowing Palestinian sport to continue and prosper or be forced to face the consequences for their behaviour.” Yet Platini never followed through on threats and quite the opposite, awarded the 2013 Under-21 European Championships.

On Wednesday, the British organization Soccer Without Borders, said that they would be calling for a boycott of the tournament, writing:

Football Beyond Borders, a student-led organisation which uses the universal power of football to tackle political, social and cultural issues, stands in solidarity with Mahmoud Sarsak and all of the Palestinian political prisoners currently being detained by Israel on hunger strike, as together we protest the injustices being inflicted upon Palestinian prisoners in Israel, and draw attention to their plight. [We] take this opportunity to announce our official boycott of the UEFA 2013 Under-21 European Championships, which has been awarded the honour of hosting.

Soccer Without Borders joined forty-two football clubs and dozens of team captains, managers and sports commentators in Gaza who submitted a letter to Platini in 2011 demanding that European football’s governing body reverse its decision to allow to host the under-21 tournament.

Amidst all this tumult is Mahmoud Sarsak, a threat for reasons no one can comprehend and will not reveal. As long as Sarsak remains indefinitely detained and as long as targets sport and athletes as legitimate targets of war, they have no business being rewarded by FIFA or the UEFA, let alone even being a part of the community of international sports. If Sarsak is to see the inside of a courtroom and if is to, as Platini said, “face the consequences for their behaviour,” silence is not an option. After all, even a Celtic fan would surely agree, we’d do it for .

This story originally appeared in The Nation.
Copyright © 2012 The Nation – distributed by Agence Global.

Posted by Max Obuszewski at 9:56 PM