Manning, accused of leaking secrets to WikiLeaks, to go to pre-trial – known as Article 32 hearing – in next month 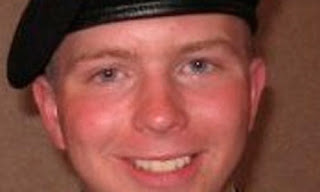 Bradley Manning: the proceedings, at Ford Meade in , are expected to last five days. Photograph: AP

Bradley Manning, the soldier who has been held in confinement for the past 18 months on suspicion of having leaked a huge trove of state secrets to WikiLeaks, is to go before a military panel on 16 December at the start of the most high-profile prosecution of a whistleblower in a generation.

The proceedings, at in , are expected to last five days, and will be the first opportunity for prosecuting officers and Manning's defence team to present their cases. It is known as an Article 32 hearing and, although it is preliminary, both sides will be able to call and cross-examine witnesses.

Since he was arrested in in May 2010, Manning has become a cause celebre for anti-war and free information advocates in and around the world. His support network will be calling a rally outside the Article 32 hearing when it opens next month.

Jeff Paterson, a Manning supporter, welcomed news that the military prosecution was finally getting under way. Since his arrest, said, Manning has been trapped in a form of legal limbo, with no recourse to any appeals.

Now there will be a publicly named investigating officer assigned to the case.

"We will be protesting against the charges levelled at Bradley Manning. If he is proven to have been the WikiLeaks source, then to us Bradley is a hero: he's the most important whistleblower in decades," said.

The news of the Article 32 was announced by Manning's lawyer, David Coombs. In a blogpost, he said that the defence would be entitled to call and cross-examine witnesses, each of whom would be placed under oath and whose testimony could be used subsequently in the trial proper.

Manning has been charged with multiple counts of obtaining and distributing state secrets to unauthorised parties – WikiLeaks, in effect. He is specifically accused of having handed more than 50 of about 150,000 secret government cables to the whistleblowing website – offences that carry a possible sentence of up to 52 years.

He has also been charged with "aiding the enemy" – a count that technically carries the death penalty, though military prosecutors have indicated they will be pressing for a lengthy prison term rather than execution in this case.

The standard of proof in an Article 32 hearing is relatively low, military law experts say. The prosecution has merely to present sufficient evidence to prove there is "reasonable cause to believe" that Manning committed the offences.

Once the hearing has been completed, a recommendation will be made to a military general who will decide whether or not to proceed to a full trial.

, a retired navy judge advocate who now works on court martial cases as a civilian lawyer, said the hearing would be a "road bump on the way towards Manning's trial. Does anybody seriously imagine that Bradley Manning isn't going to trial?"

But the hearing would be significant, Cave said, because it would give the first public indication of the prosecution and defence cases.

Manning's conditions of confinement led to an outpouring of criticism and protest, including the resignation of Hillary Clinton's press spokesman PJ Crowley. He was initially held in solitary confinement within the at marine base, where he was stripped naked every night.

The UN rapporteur on torture, Juan Mendez, is still investigating the treatment.

In April, Manning was moved to a lower security jail at and his lawyer says his conditions have greatly improved.

Daniel Ellsberg, the whistleblower behind the Pentagon Papers, said: "The charges against Bradley Manning are an indictment of our government's obsession with secrecy. Manning is accused of revealing illegal activities by our government and its corporate partners that must be brought to the attention of the American people."

© 2011 Guardian News and Media Limited or its affiliated companies. All rights reserved.

Posted by Max Obuszewski at 3:30 PM