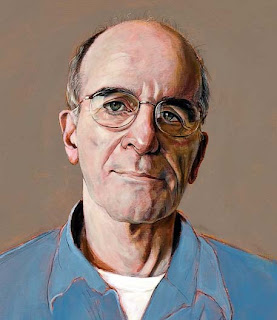 Like a cool breeze against your cheek or the sculpting power of torrential waters, Jim Harney was a force of nature. His intense reverence for the sanctity of life catapulted him from the priesthood

to prisoner to prophet, and over time and space, took him to the violence and victims in El Salvador to the starving in a Haitian landfill and to so many other places where, as he termed it, the

crucified of this world reside. He always returned home with riveting stories of their struggle, of their indomitable spirits, and thanks early on to sisterly advice, he returned with powerful images of the people he met along this remarkable journey.

of educating Americans through countless talks he gave in living rooms, schools and churches across this country about the harrowing lives of people crushed by war and poverty. Through his stories spoken

in a strong passionate voice, or his penetrating photographs of souls laid bare, Jim sought unendingly to help bring about justice, and in particular, to those upon whose backs, hands and throats Mammon has so brutally trodden.

The last vestiges of Jim's vitality were spent walking from Boston to West Warwick, Rhode Island in support of the undocumented while drawing attention to the suppressive economic forces that compel the marginalized of society to risk literally life and limb in coming to America. Though the cancers in his throat, lungs and head prevented him from completing the walk to and that ultimately claimed his life, his work through Posibilidad, the organization that he helped create, is sure to continue.

by: The Associated Press

, - Brazilian police on Friday detained a rancher suspected in the slaying of rain forest activist Dorothy Stang for allegedly illegally acquiring titles to land the nun died trying to defend.

The detention of Regivaldo Galvao at his home in the Amazon state of could lead to the reopening of the case in the death of Stang, who was shot in 2005 amid a dispute with ranchers over land she wanted brought under federal protection.

A police report seen by The Associated Press says Galvao was detained Friday in after a judge ordered his capture in an investigation into whether he forged titles to land where the 73-year-old nun was killed.

Prosecutors contend that Galvao and another rancher hired men to kill Stang over the disputed Amazon land. Galvao was arrested in 2005, but he was freed on bail by 's Supreme Court in 2006 and he has since used appeals to avoid trial.

Galvao has denied any role in Stang's death, arguing he had no interest in the lands Stang was defending.

But prosecutors say that in November he went before 's Incra land reform agency to present documents showing he owns the disputed land and wants it back - casting doubt on one of his main alibis.

Prosecutor Felicio Pontes told the AP in November that the land where Stang was killed is public property, and if Galvao claimed to own it, the case against him could be reopened.

Stang was born in Dayton, Ohio, and spent three decades trying to preserve the rain forest and defending the rights of poor settlers who confronted powerful ranchers seeking their lands in the Amazon's wild frontier.