The FBI Spied on Me and Then Lied About It

The FBI Spied on Me and Then Lied About It 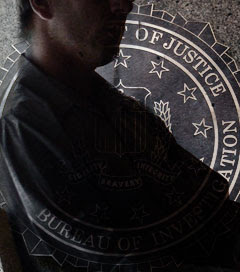 Five years ago, I joined a group of leaders of the Southern California Muslim community in an attempt to find out whether the government was conducting illegal surveillance at our mosques, our homes, our jobs, in public places and elsewhere. To do so, we filed a request under the Freedom of Information Act (FOIA) with the FBI, seeking any records relating to us and containing information about "monitoring, surveillance, observation, questioning, interrogation and/or infiltration."

The FBI produced less than 100 pages in response. Unsatisfied, we filed a lawsuit and forced them to dig deeper into their databases. This time, the FBI produced over 800 pages, but, for the most part, they were redacted because - supposedly - the information they contained was "outside the scope" of our request.

When we challenged the FBI, the court ordered an in camera review (for the eyes of the court only) to find out what the documents really contained. The court concluded that the FBI's claim that very little of the information they had was responsive to our request was blatantly false.

In a sealed order, the judge strongly criticized the government for having affirmatively misled the court. The government filed an emergency appeal, but the Ninth Circuit affirmed the district court's ruling and stressed that the government cannot, under any circumstance, withhold responsive information from the court because doing so would seriously compromise the court's function in overseeing FOIA actions.

The Ninth Circuit, nevertheless, agreed with the district court that the information we sought was properly withheld from us based on the national security exemption to the FOIA law. For that reason, without explanation, we were not permitted to see the contents of the FBI's records in the end.

Still, this case had established that something very serious and worrisome had happened: the government deliberately lied to us and to the court.

This past September, we went back to court and sought sanctions against the government. The government tried to argue that this was all due to a legal "misunderstanding," that they had simply interpreted the term "responsive" in the FOIA law differently.  In the court's view, "the government knowingly and deliberately provided misinformation to the court [and that] cannot be recast simply as a "misunderstanding" or a legal disagreement. Simply put, the Government lied to the court."

During the hearings, Judge Cormac J. Carney said, "[this is] the most significant case in my career. I just found it startling and surprising that there was a memorandum from the attorney general saying that they can deceive the American people." Judge Carney added, "Is it not that when democracies perish, when the government starts lying?"

Unlike for Judge Carney, for me, this has been not only a significant legal experience, but also a frightening episode in my personal and family life. Knowing that the FBI was spying on us has had a tremendous impact on my family. My 14-year-old son once asked if what he learns at school about rights and liberties was nothing but theory, or a reality that he can believe in. One evening, he concluded that the "bad guys [FBI] are using good laws to destroy the lives of good guys." Dismayed, he then asked, "Is this really ?"

We know from documents obtained by the American Civil Liberties Union (ACLU) that the FBI has been routinely and illegally spying on the very communities with which it purported to be doing "outreach" to build cooperation. We suspected that the FBI was doing the same to us, and in filing our FOIA request, we set out to prove it. Unfortunately, we could not, even though we now know the FBI has extensive records on us that it will not reveal.

Although I applaud that the rule of law prevailed and the government was sanctioned for lying, I remain amazed at how a government agency charged with enforcing the law deliberately chooses to violate it. How many others, I wonder, have been subjected to the same lies and deception?

Posted by Max Obuszewski at 3:53 PM